What Does It Mean If He Texts Me Every Day?

Out of context, the thought of a guy you like texting you every day sounds just right. Persistence via communication is usually a sure-fire sign that he’s into you, especially if the conversations have gradually elevated into more personal territory.

However, not everything is always what it seems to be at first glance. It’s unfortunately very common for a guy to be anything but upfront with his true intentions, and texting isn’t always the best form of communication.

So, when a guy texts you every day what does that mean? Let’s sift through all the possible scenarios—and what you should make of them:

Contents hide
1 Why Does He Text Me every day?
2 Some Other Reasons He Is Texting
3 Conclusion

Why Does He Text Me every day?

1. If He Writes Long Texts

As I stated, most guys hate messaging. Thus, in the event that he sets aside the effort to send you long messages, it possibly means that he enjoys you.

In any case, don’t stress! In case he sends you short messages, it doesn’t naturally mean that he doesn’t care for you; it just means that he doesn’t like texting a lot.

2. If He Sends Flirty Texts Or Pictures

The subtle, lively comments mean he likes you a lot. Never confuse it as sexting! He’s free and open to you.

In his mind, he would really like to move your interaction to another level… likely be in a relationship with him.

It’s a giveaway when he becomes suggestive and mentions what he would want to do with you if you’re together.

However, you might confirm it by sending flirty texts of your own. He’ll match your tone if he’s into you.

3. If He Shares His Personal Problems

It’s closely associated with consulting you. No man shares his personal issues with a stranger or person he’s not close with.

It means he trusts you if he shares his feelings and worries. He’s considering having a connection with you.

It might also mean he simply wants to talk about his issues with someone.

Taking too much time to answer makes him feel you do not care about him and he might back off.

4. Is He Calling You NickNames?

This is only one of the simplest signals when a man is texting one to discover if he’s interested in you and would like to become more than just friends.

Friends do not send adorable and sweet nicknames in private texts.

In these circumstances, you may tell him that you enjoy that nickname.

This is a great means of letting him know that you like him also.

5. If He Notices Almost Everything You Say

The way to tell if a man loves you from his texting?

If you start observing he remembers the small details, such as your favorite place, or perhaps your dog’s favorite dish, then he’s definitely into you.

When he remembers each word that you say, he’s attempting to convince himself of your pursuits.

There is a high chance he is a keeper!

6. If He Texts You But Never Asks You Out

He’s probably bored and doesn’t have anything else to do. He’s doing it to pass the time.

Perhaps it had been an afterthought because he has your number.

He’s probably doing it together with different women concurrently.

To him, you’re just a convenience.  After he gets something rewarding, he’ll quit texting you.

7. If He Texts You When He’s Out With His Friends

If he texted you when he is out with his friends and particularly after he has had a couple of drinks. Then it probably means that he likes you.

This is a small tricky one because when he is drinking, he will be vulnerable and more likely to text you.

Alcohol does not automatically bring out the fact, but it does bring our emotions out and reduce our inhibitions.

If a man randomly texts does he like you? Not necessarily true.

8. If He Often Consults You About Important Stuff

A guy won’t ever waste his time seeking guidance from you when his sole interest is to play with you.

It’s not possible for him to get personal with you by allowing you to have a glimpse of his lifetime.

It brings us to the question, “when a guy texts you every day, what does that mean?”

When he asks for your opinion and ideas concerning something serious about his life, he needs something rather than sex.

9. Does He Expect You To Text Him every day?

Another sign to watch out for would be to check if the man would like you to text back him daily.

If he isn’t asking you some questions and said thank you after a date, then perhaps he isn’t interested in you personally.

There’s not any requirement for you to answer further.

However, if he’s asking you questions after each text, it means he likes to have a conversation with you.

Here you’re able to answer his queries and ask him a question too.

Conversations get simpler when you both respond to one another.

Nowadays, most text talks obviously come to a close by themselves. Someone becomes active, you run out of things to say both.

Guys rarely acknowledge when they are likely to stop texting you. However when a man is attempting to impress you, then he may.

If he announces when he is going to quit texting it might be an indication he’s to you.

These are not hard and fast rules, and each circumstance differs.

But if you listen to such variables the second time he arouses you, hopefully, you will find a clearer idea of if he likes you or not.

Some Other Reasons He Is Texting

Suppose he’s putting thought and imagination to his texts and investing himself from the messages he sends.  If that’s the instance, this may indicate that he’s a shy man.

This is your opportunity to go right ahead and take the lead.

Suggest a video call, by texting something such as ”would like to talk sometime shortly…” or invite him for a walk so that you may have a conversation with him.

If he dismisses your request to hang out and only keeps texting poetry and sonnets, then you may have a fantastic pen pal, but a bad boyfriend.  Choose exactly what you would like.

Do not be scared to have a glance at his social websites.

Can he be outside partying at 3 am or spend all of the evenings indoors using a novel and a cup of green tea?

Do your research to ascertain what type of character he is.

2. He Is Obsessed With You

If he texts every day despite you trying to signal or perhaps telling him that you’re uninterested in him, that really is something to be worried about.

Though a lot of people are infatuated with individuals earlier, most don’t cross boundaries using inappropriately regular or extreme texts.

Unfortunately, not everyone knows the way to do so.

A huge number of girls (and some guys ) have tales of folks who will not leave them alone and, sometimes, even stalk them.

It has the capacity to put your security at risk and shouldn’t be ignored.

Even when you secretly enjoy a man back, if he doesn’t take “no” for an answer and retains calling you when you don’t text back, then this isn’t a good sign, and also you ought to contact him.

You’re under no obligation to reply texts should you are feeling uncomfortable or dangerous.

Boredom can result in conclusions that we might not make and influence our texting routines.

But whilst boredom might have induced him to text you, that does not automatically signify that he doesn’t like or admire you in any manner.

The majority of us do not go out of the way to get conversations with people that we dislike, even when we’re bored.

Texting frequently (if or perhaps dozens of times daily ) during particular periods and then quitting completely at other times is a sign that the man only texts when he’s nothing else to do.

While he may go quiet when he’s occupied, he’ll likely make you conscious of this and add some attempt to get in touch with you at least once every couple of days or even when he’s interested in you.

If a man does not text even a week after blowing your phone for times, something or another person might have caught his attention.

Occasionally people text only as they’re lonely and need someone to speak to.

There could possibly not be any reason behind his messages aside from the need for an interaction with someone.

Maybe he lives on his own and does not have lots of friends. If that is true, you should think about if you would like to keep texting every day with someone who desires nothing more than a provider.

If it sounds great to you, why don’t you enjoy using a fresh pen pal to talk with?

But if you’re interested in this man romantically, you might not wish to just discuss the weather.

If you’re considering more than simply chatting, you should probably let him understand.

Do not torture yourself by letting feelings to grow for somebody who does not see you like that.

If you’re having a conversation outside, you may frequently have a look at his entire body language to find out if he shows signs of attraction.

At times you can even inform through body language when a man is fighting with his feelings.

This could possibly be obvious and obvious straight off but is occasionally more subtle and slow.

So, how can men text if they like you?  There are an assortment of signs to consider.

Having a great deal of emojis in the texts could be an indication of attempting to flirt, demonstrating an unusual quantity of curiosity about what you need to say and the way you’re feeling.

Attempting to impress you may also be an indication of having a crush on you, when he shares accomplishments with you, this might be the situation.

Texting back really quickly may also be an indication that he’s hanging on your every word, but in some instances, he might be near his phone most of the time.

The same holds for texting at night.

When a man texts you in the early hours, it’s probable he’s into you.

If a man has a crush on you personally, this may be a fantastic sign or an issue based on if you’d like him back in this manner.

Finding out how to tell if a man loves you via text is 1 thing. Determining what to do about it is another!

In principle, it doesn’t matter where you met Sebastian, Jack, Mike or Edward etc. Whether at a friend’s party, at Tinder or in the club.

All guesswork will lead to nowhere if you don’t question it. You can only find out the reasons he keeps texting you if you talk to him about it directly.

If the daily exchange is really too much for you, then listen to your instincts. After all, togetherness should enrich your life, and be a real joy.

If you want to change all that texting because you really care about him, then speak up. His reaction to your feelings can give you the answer you are looking for.

Remember that you, too, only believe that you know what moves him and that he can sometimes be very understanding or just feel insecure.

And even if he doesn’t mean it honestly, he just texts, but doesn’t want a meeting at all, then you should only go as far as it’s good for you.

In the end, you too might be surprised at how wonderful and illuminating honest and direct communication can be. 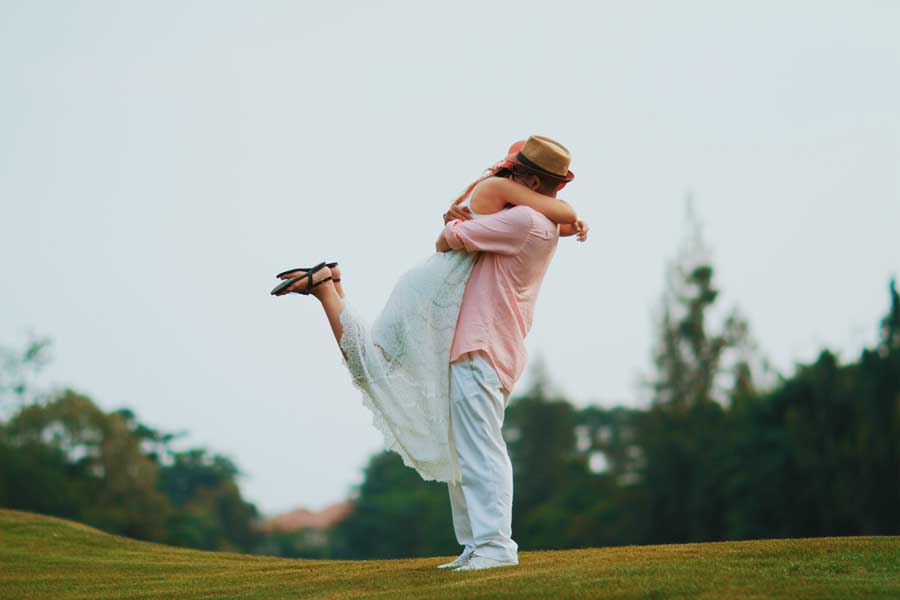 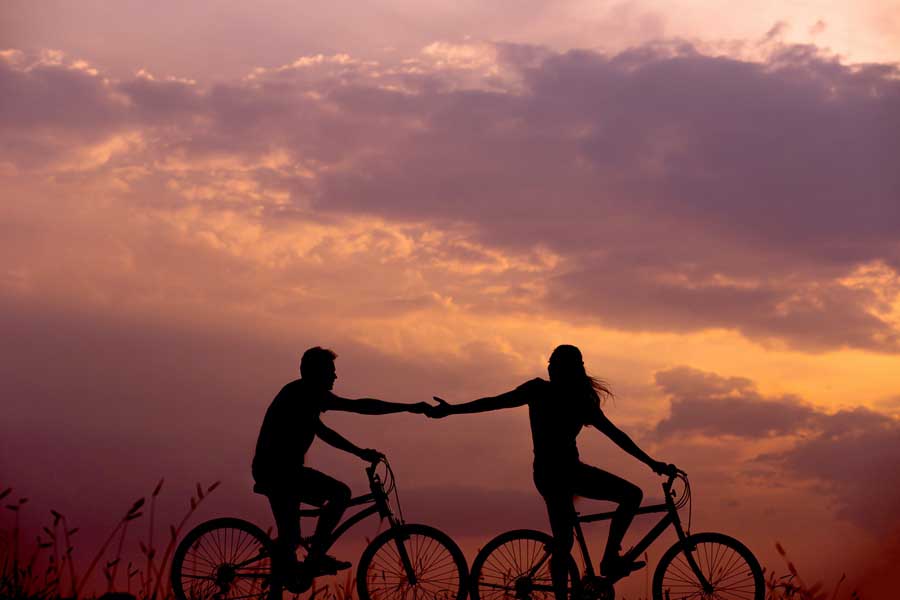 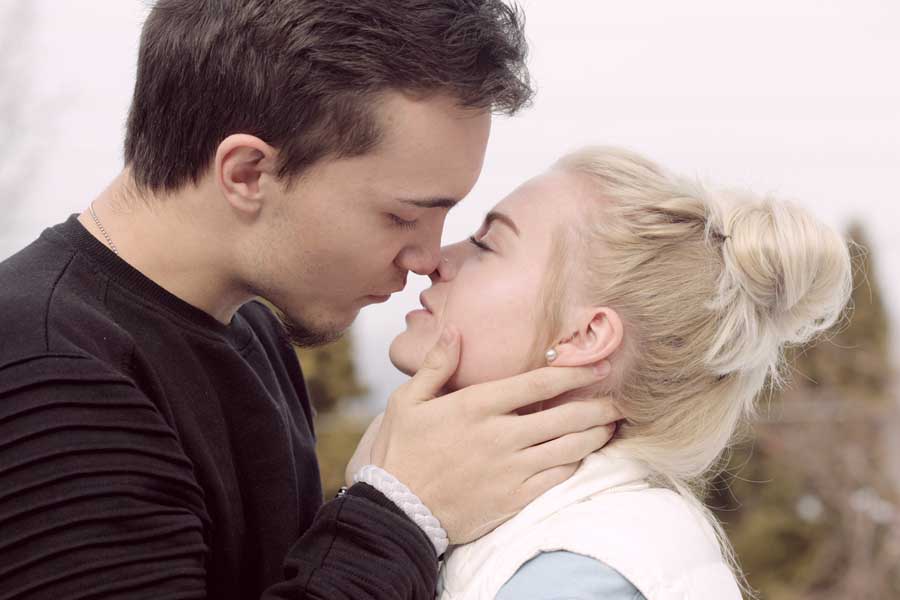 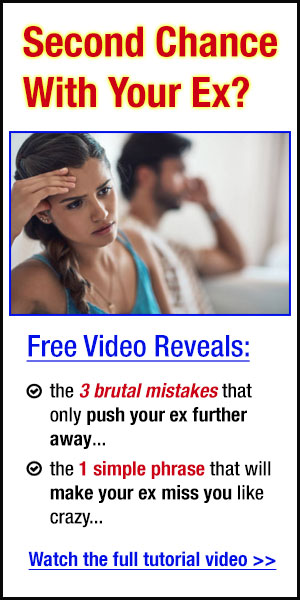